Why I'd never run a children's farm 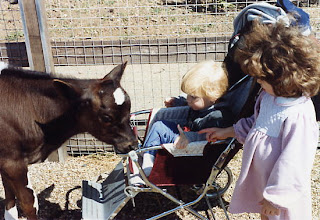 With another group of children hit by E Coli, farmers considering the business of entertaining the public using the animals on their farms need to think again


Once again, farming makes the headlines as visiting children get severely ill. Godstone Farm was apparently entertaining up to 2,000 people a day over the school holidays, which at a total spend per child of maybe £8 makes the job a good earner. There are, however, a great many costs over and above those of running an ordinary farm.
Apart from the cost of swings, slides, climbing frames, climb on tractors and trains, mazes, basket swings, zip slides, tobaggon runs there are the necessary huge variety of animals - rare breed (commercials won't do) cows and pigs, poultry and ponies, chipmunks, donkeys, guinea pigs and llamas.
There are tearooms, shops, toilets, kiosks, and dedicated tractors and trailers to take visitors for rides. The whole operation needs supervising and this means minimum wage staff with all the problems of commitment, skills and ability.
On top of this the business costs a fortune to insure, more to market, and transforms a farm into entertainment. People skills, not much needed with cows and crops, reign supreme. Marketing attracts families living in totally sanitised environments, with no experience of dirt and children who have zilch resistance to the kind of disease which our farm kids just shrug off. You'll have 'Worried-Well' parents on the look-out for problems and others out to make a claim.

The big risks of disease
Overlayed on all this is the spectre of disease such as the E.Coli at Godstone farm which has put 10 children 'seriously ill' in hospital, 36 confirmed cases -as of Sept 14- and a comment from the ubiquitous Professor Hugh Pennington (one of Britain's leading microbiologists) that the consequences of the bug can be catastrophic. Yet he declared the cause a puzzle. Distressed parents have gone through hell with very sick children in hospital, and up to 20,000 others, unaffected so far, have had cause to worry.
So what's the children's farm all about? The educational value is entirely limited to 'touchy-feely'. It's partly a substitute for a family pet, which for many families is impossible.
The alternative to animals is providing mechanical adventures, such as roller-coasters and other rides, and Farm IDEAS magazine has described many of these. Machines require maintenance and supervision, but the dangers are contained and calculable. Accidents involve a limited number of people.
Operators of childrens farms have some difficult hurdles ahead. Ideally, they will want to separate visitors from animals, yet this is a major part of their marketing effort:

Here are some excerpts from childrens farm websites: - We offer animal petting / handling - Activities vary according to the season and may include duck, pig or chicken feeding, sheep milking, lamb feeding, animal handing ( where children are encouraged to stroke the cockerel, hen and baby chicks ) - the children (even the youngest) are encouraged to climb in with some of the smaller animals and to hold young chicks and to stroke the baby rabbits.

So you'll never find me having anything to do with a children's farm. I don't think the experience of eyeballing a llama at the age of six has much if anything to do with later life. If life is maximising ooo's an aaahs there are other ways of doing it that don't involve complex micro-biology.

Get details of the current issue: CLICK Take a subscription and receive bargain price Back Issues CLICK
Posted by farmideas at 5:46 pm No comments:

Email ThisBlogThis!Share to TwitterShare to FacebookShare to Pinterest
Labels: a day out on the farm, childrens farms, disease risks of farm visits, fun on the farm
Newer Posts Older Posts Home
Subscribe to: Posts (Atom)