Looks like the EU will play hardball on Brexit

Last week I was in Tallinn, Estonia. The country has been in the news because it now holds the european presidency, a role which each member country has for a 6 month period. It puts the spotlight on the country and ministers gather for informal meetings and some from the international press get the chance to meet and talk with them.

Having been selected I went, not for the ride but to get an impression of Brexit from other EU countries, and also see something of Estonian farming was a useful experience. Maybe I could pick up a ‘Made it Myself’ idea from a farm visit!

It was clear that some EU member state farm ministers have a real concern about the EU farm budget after Brexit. The Greek minister said "my main concern is that the CAP budget will be deprived of some €12bn a year. It's unlikely this deficit will be made up, the chances are substantial cut-backs in payments to farmers." Like many EU countries, Greece also exports more food products to Britain than it imports, to the tune of €200m/yr. These exports rely on tariff free status, and if an agreement of free trade is not made, would soon be substituted by those from other mediterranean countries, particularly Turkey. 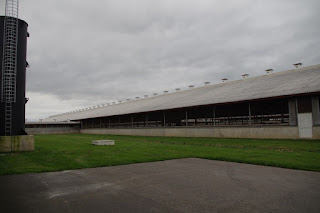 Modern dairy with 3,500 milkers set up by Finnish business 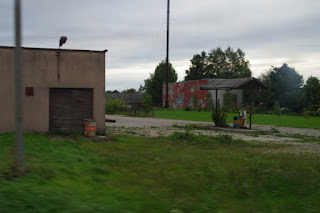 The main concern from Ireland was the declining value of £sterling which was already hitting their farms with lower prices. Commissioner Phil Hogan said UK withdrawal would cost the EU €26bn (this figure is clearly crucial in determining the size of the financial settlement and difficult to calculate, hence the discrepancy with the Greek minister’s figure) and the farm support system would have to change. At present new EU members such as Estonia get far lower payments than others, because farms were getting little or no support when they joined. Support has increased under rural development schemes, but making payments more equal (harmonisation and convergence) is a major goal.

Hogan and the Commission set store on farm support being concerned with risk management, but he curiously said that pillar 1 direct payments played an important part in this. The EU crisis reserve fund has not been mobilised since 2014. 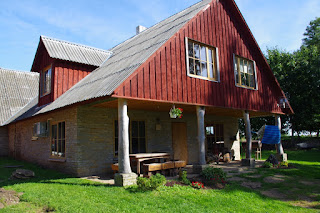 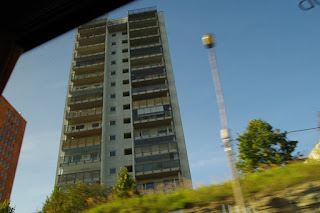 The UK is an important EU food market

Nobody, other than Greece, was going to admit it, but the UK is important for the EU. Neither did anyone point out the shortcomings of area payments as a means of farm support. Their aim was to focus on the UK’s refusal, before other trade issues have been agreed, to fix the financial settlement or divorce bill; agree to an Irish border; and also agree to the free movement of people from the EU to the UK.

Slick answers for the press

Once again the Commission skated over all the difficult issues raised by the international press. The use of illegal insecticides in poultry farms in Holland, Belgium and Germany, and maybe other countries as well was said to be criminal fraud and a case for public health, and not a farming issue. The EU embargo on food exports to Russia - which has a border with Estonia and other post soviet states and so has a considerable effect on their trade - was equally brushed aside with statistics showing Estonian milk production was higher now than at the start of the embargo, and in any case the EU has a ‘unified approach’ so the embargo remains as long as Russia is occupying Crimea.  Slick answers which failed to address the real problem - of poultry farm inspection standards in the countries caught out, and the real damage of the Russian embargo to farming in Estonia and other border countries.
Phil Hogan spent time talking about milk, and reported that the market had recovered from the 2012 price collapse. EU output was increasing and world demand increasing, and farm gate prices were looking good. The sales to Russia had been replaced by other countries, and Russian agriculture was growing. There was no mention of the dangerous yo-yoing of milk prices and how easily the circumstances for another collapse can be created, other than to say that farm price volatility can be addressed with various EU actions with income stabilisation using tools of income averaging over a 3-4 year period as well as the development of futures markets. 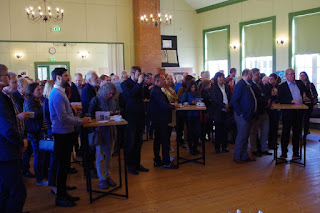 Journalists and ministers allowed an hour to talk 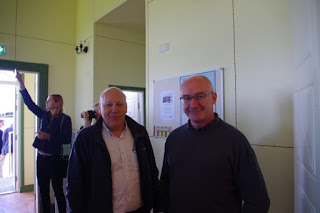 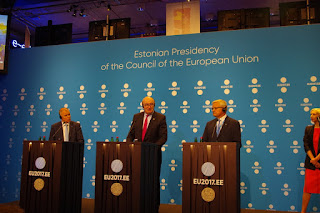 The UK is not the flavour of the month in Europe, and it was not surprising that nobody from Westminster was present. The meetings were, as always, difficult. Half the national farm ministers failed to wear their name tag, despite the strict security controls. The meeting was accompanied by a stand-up buffet, and it was evident that the intention of some delegates was to avoid too much contact with the journalists. UK farming minister George Eustice should have been there to argue the case for the UK’s position. The 27 other farming ministers will have a say on the negotiations and some, perhaps, could be reminded that the UK’s position is understandable and far from unreasonable.
I was lucky enough to get a question to Phil Hogan, and asked if at the outset of the negotiations there had been any over-arching agreement from both sides to play fair and not damage farmers’ incomes in their neighbouring countries. His response was that the UK needs to address the three issues - the divorce bill; EU travel freedom; the Irish border - before anything can go ahead. A response which sounded to me like “we’re playing hard ball”.

Addendum:
In an article in yesterday’s  Sunday Times (Sept 10, 2017) headed The EU Wants May’s Total Surrender - I Should Know’ the Greek former finance minister Janis Varoufakis said he believed M Barnier has a mandate to wreck any deal which advantages Britain. Barnier wants the UK to unconditionally promise everything the EU asks for, effectively forcing London to spend time and energy negotiating for the right to negotiate. Meanwhile, says Janis, the media cheerleaders are denigrating UK negotiators and reversing the truth, belittling Mrs May and her team and deploring their ‘lack of preparation’ with their favourite put-down ‘they have not done their homework’. He says this is exactly the methods employed when negotiating with Greece over their deficit, and he is very concerned that Brussels and Berlin might succeed in damaging Britain in the same way they succeeded in inflicting long term damage on Greece.
Janis Varoufakis thinks it unlikely Britain will get a sensible negotiation with Brussels. It will be total capitulation, bad for Britain and also Europe. He thinks Britain should make the EU an offer it can’t refuse such as an off-the-shelf deal such as they have with Norway for a minimum 7 year period by which time these negotiators, together with the current crop of politicians will have retired. The second option is the unilateral withdrawal from all negotiations which leaves Brussels to come up with a realistic offer over free trade. This could be accompanied by an offer of immediate British citizenship for all EU citizens in the UK, and we can then see how the 27 behave. In the article Janis says he believes the UK should learn from his mistakes. Brussels wore him down until he capitulated, and he says we should not do the same.

Posted by farmideas at 2:40 pm No comments: